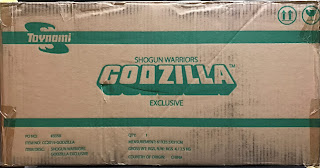 For 2015 Toynami surprised many at ComicCon with the release of an Exclusive Retro Shogun Warrior Godzilla figure. This is a repackaging of the original 2009 "black" Godzilla only done in a green plastic similar to the original Mattel 1st issue release (lighter green) with red-flame instead of the Toynami blue flame-tongue. The box is also laid-out to more closely resemble the original Mattel release, and the shipping carton is printed in Green ink with "Exclusive" under the "Shogun Warriors Godzilla" logo. 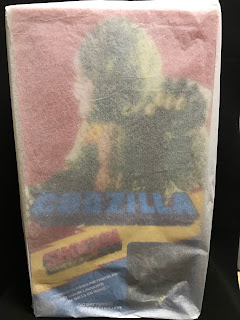 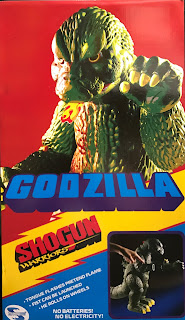 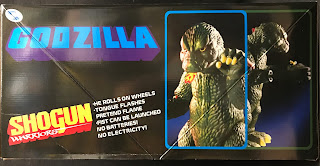 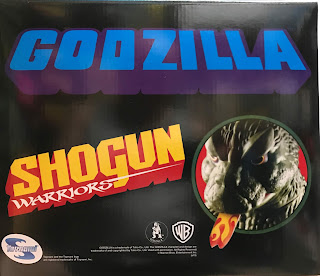 These were completely sold out as toy dealers snagged them up for resale (I'm not sure of the limitation but I've heard that it was 300 - unlike the previous box there is no numbering written on the shipping carton) - I've seen current prices all over the place but I think a fair price is about $400 - this is a repaint/repackage, after all. Aesthetically, I like this one more than the Toynami 2009 black release - it has a feel much like the original Mattel with improvements like the better feet, extended tail and back-fins. I do wish they had made the "tongue-of-flame" longer but I guess we can't have everything. I think if you're someone who had the original Mattel version and wanted to feel the nostalgia in a new toy - this would work admirably. 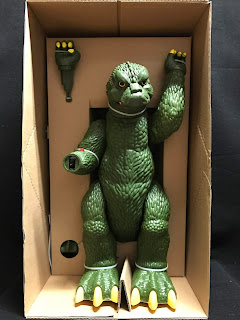 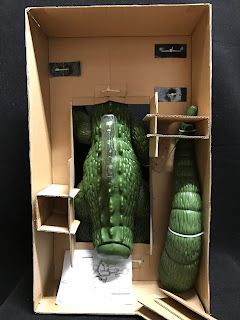 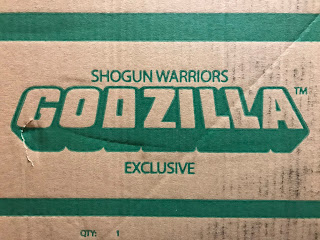 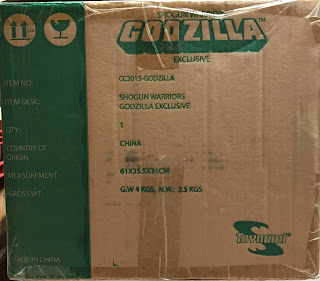 The box and layout of the figure is the same as the earlier 2009 release - the figure is well strapped into the huger box - make sure you also get the shipping carton as I believe in the future it will improve the value. I'm keeping mine in the box "NRFB" (Never Removed from Box) as frankly, I can't display everything (I have multiple versions of the Mattel and also the boxed Popy Jumbosaurus so there's plenty to display for a Godzilla fix).