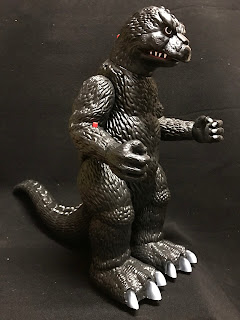 
Toynami's release of the 1964 Godzilla Shogun Warrior heralded the return of the Shogun Warrior Jumbo Machinder - rather than finding a Mattel figure and doing a recast, Toynami decided to go with a brand new sculpt while still retaining the features from the Mattel release, like the shooting fist, rollers under the feet and tongue-of-flame. The figure is a bit of an amalgam of the Popy Jumbosaurus and Mattel Godzilla, with appropriate back-fins, a longer tail and more defined, clawed-feet but lacking the chest speaker and "bark." 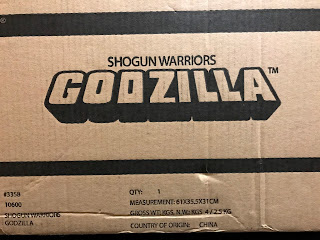 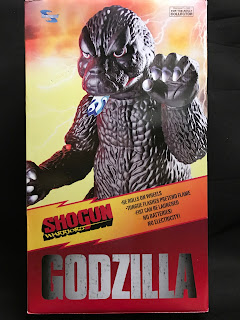 As with other Toynami releases, Godzilla comes in a colorful display box that approximates the format of the original Mattel box but with an updated Shogun Warriors logo. The box also has a cardboard shipping carton which seems to be the trend on these - normally there would be some limitation on the box (like a handwritten number of 600 or similar - this box does not have that so it was probably added with the Dairugger release). Inside the figure is well attached - the box is really oversized for the figure and if better arranged something smaller could have been used. I think they were trying to fit Godzilla in the box to better match the original Mattel configuration. Some other noticeable differences - the shooting fists doesn't fire as far as the original - a weaker spring is used. The tongue of flame also does not extend very far from the body - traveling just over an inch. The wheels under the clawed feet are also setup a bit differently, two to the front and one to the rear. Overall I like the sculpt of the figure quite a bit - especially the face and the addition of the fins and longer tail. From a construction perspective it's made rather cheaply with fairly thin plastic - I've heard of quality issues on these and the other Toynami figures but my Godzilla seems to be fine - I'd have to see it drop from a dining room counter though. 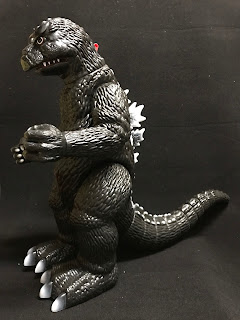 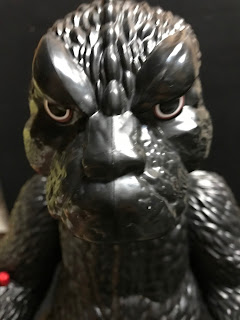 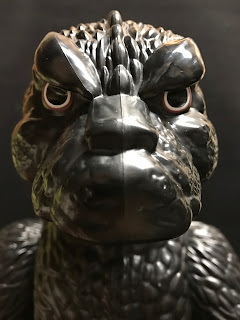 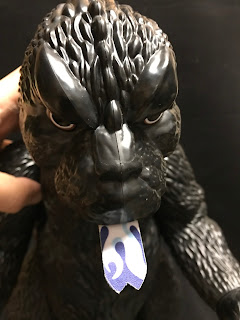 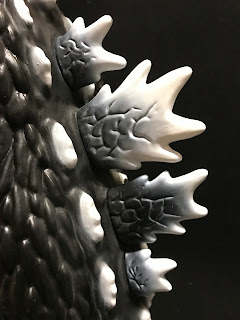 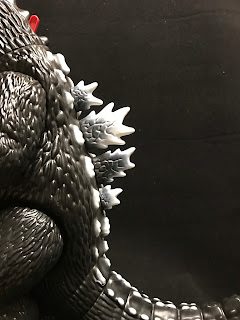 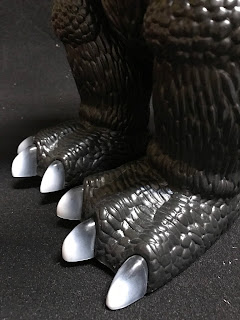 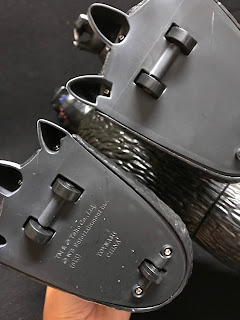 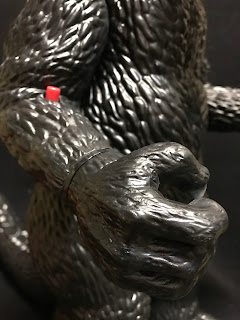 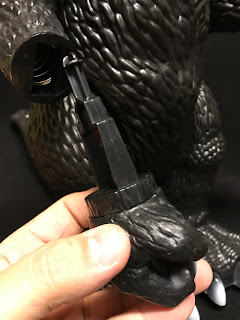 Unlike the other Jumbo Machinder releases by Toynami, Godzilla is made using mostly a harder plastic rather than vinyl - it has a very different feel when compared to the other toys. More impressive than this one is the San Diego Comic Con special edition in green - they went all out on that version.