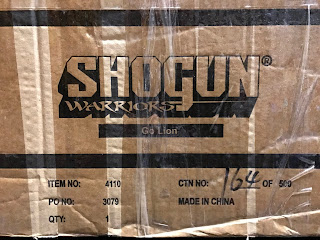 Tonami released two figures in 2011 - GoLion and Dairugger XV - both were revealed at the 2010 Toy Fair and much to my and others' surprise, the figures were actually produced, both as editions limited to 500 pieces with numbered shipping boxes. 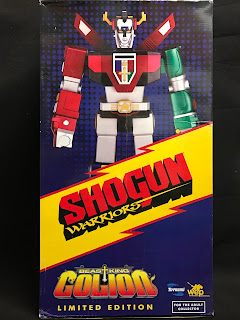 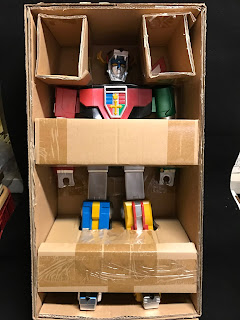 This was the second of the Toynami like that I purchased (the other was the black-plastic Godzilla) and frankly I wasn't too sure what I would end up getting. Unlike the Godzilla, this figure is mostly vinyl with very limited articulation (the waist twists slightly and the arms raise/lower). At an MSRP of  $249.99 it was a bit costly but the price point reflects the limited edition production - not many of these around at 500. The figure is a bit cheaply made (one of the back "wings" fell off as I had it on display - it's like the glue just failed - but it may be due to differences in the materials as the "wings" feel like stiffer PVC). Like the Dairugger XV,t his displays very well next to classic Popy Jumbo Machinders coming in at about 24" in height, but really it looks the best displayed next to the Toynami Dairugger XV itself as they have similar poses, are made from similar  materials and were probably designed by the same team. 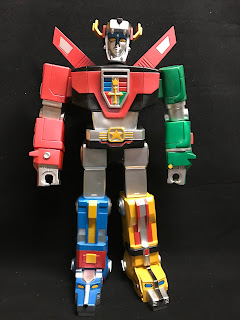 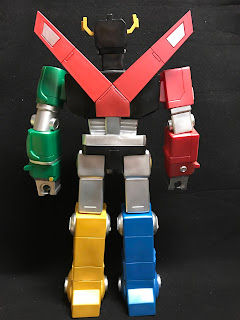 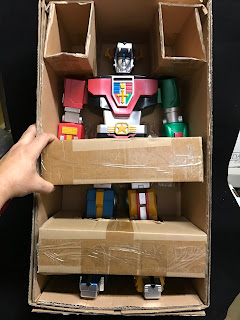 Like the Toynami Godzilla, I displayed this one for a while - it was much easier to find than the Dairugger - I've read some talk about how cheaply made these are but I think they are still worth owning as part of the collection. It's not like there's much new product being produced.