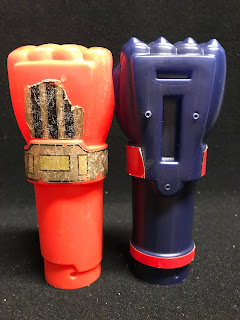 It's pretty obvious that Raideen's fists were recast from Mach Baron's - I decided to do a comparison when some people commented about using a right Raideen fist painted red, sans shield as a replacement. I've decided to make molds of the two fists and took some photos prior to removing the stickers from y Mach Baron (they were in bad shape - ordered a new set from kitser). 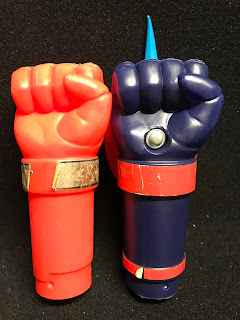 The first thing I noticed is that the mold only closely matches the riveted version of the Raideen fist - so it's my assumption that this is the first issue, first version. The later screwed version of the fist is a different mold. 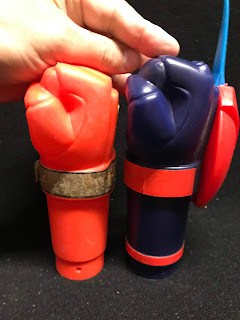 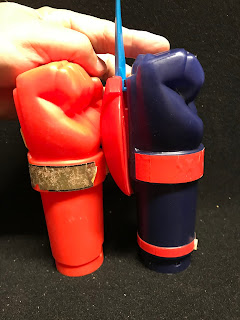 Popy appears to have taken the Mach Baron fist and modified it slightly - adding the band near the opening, the studs to the knuckles and the back plate for the shield. There's a bit of detail lost in the fist from the recast (most manufacturers would take a cast from the original and rework it for a new master - that appears to have been done with this). 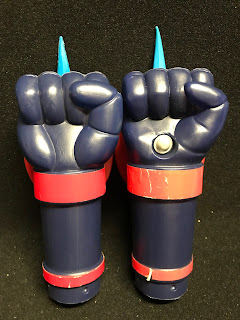 It's farily obvious that the fist has been reworked - it may be from a different figure - the cuff is the same. Most likely the fist was made a bit larger to compensate for an unbalanced appearance - note the thumb and fingers are larger. The fist is also a bit thicker. 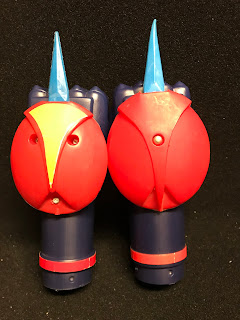 You can see the differences from the shield side - different proportions and lack of screws - the rivet is hidden by the sticker on the original. I'm wondering if this was to make it easier to manufacture or if there was another concern? 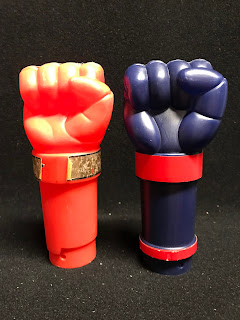 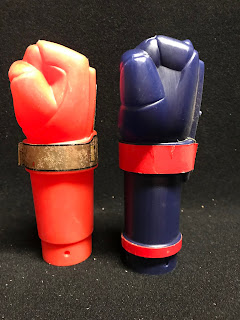 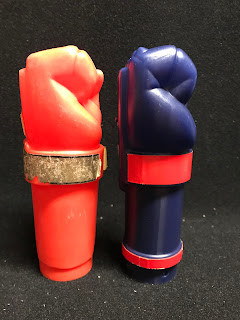 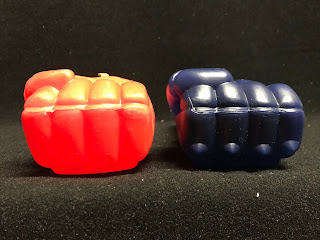 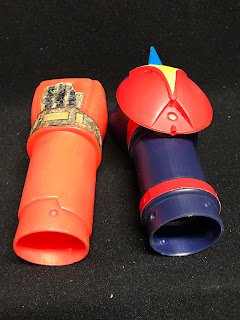 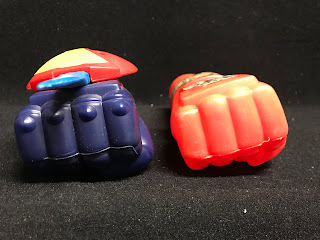 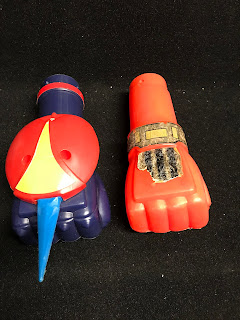 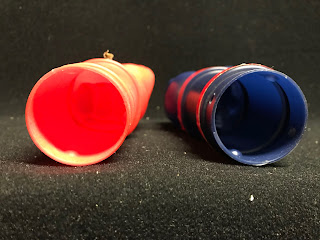 The later Raideen and Mattel Raydeen fist is noticeably larger with fatter fingers and greater thickness to the hand.